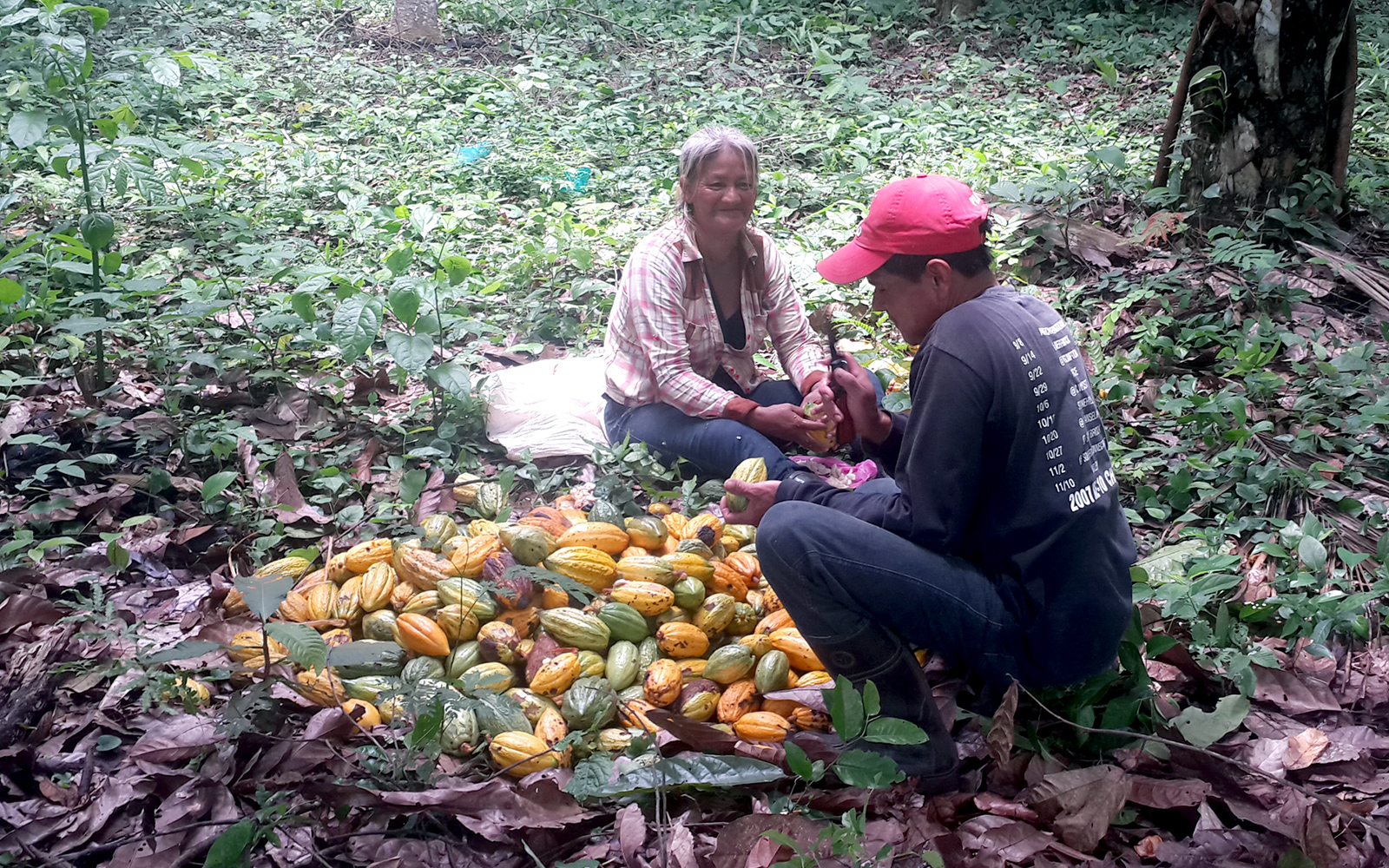 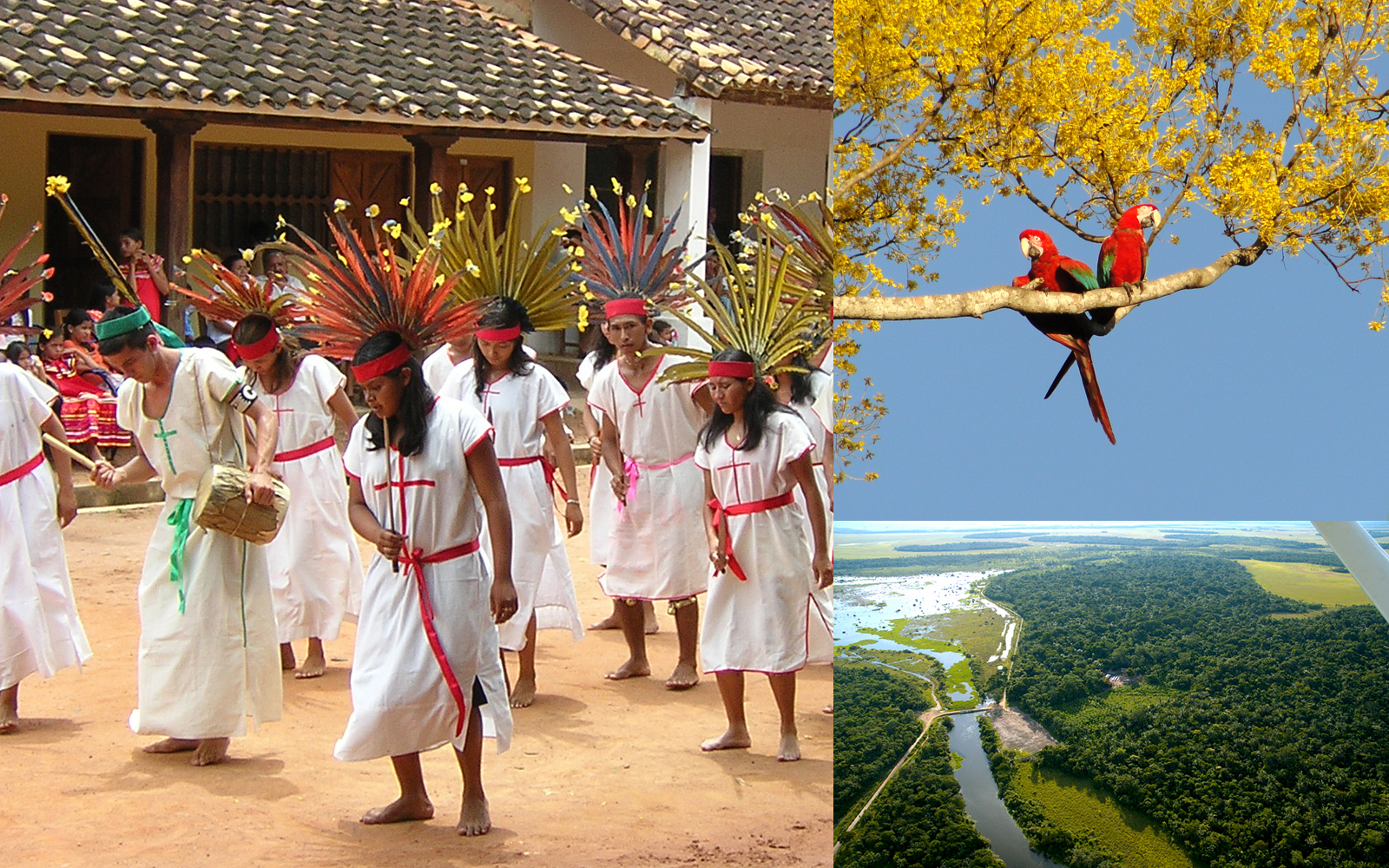 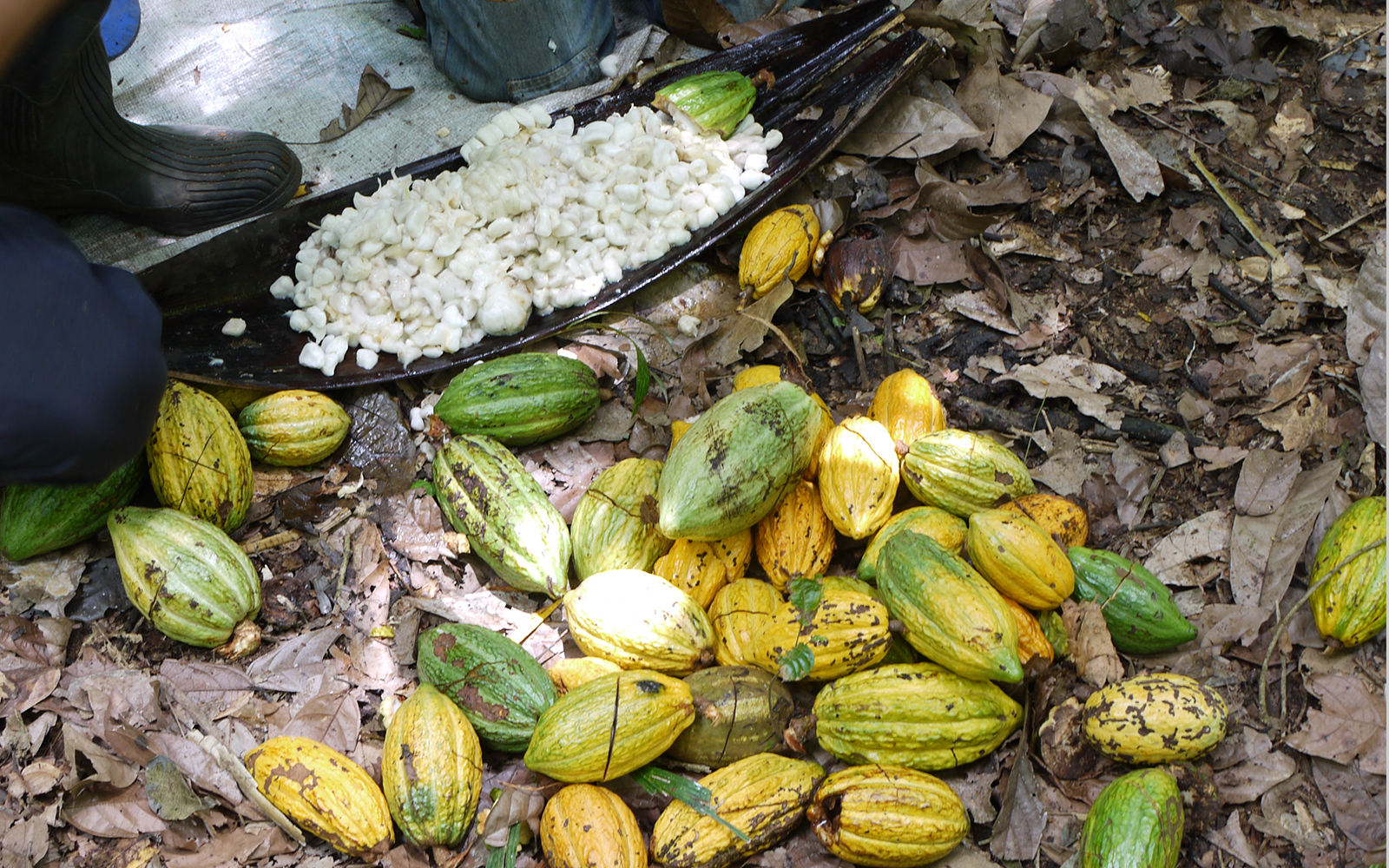 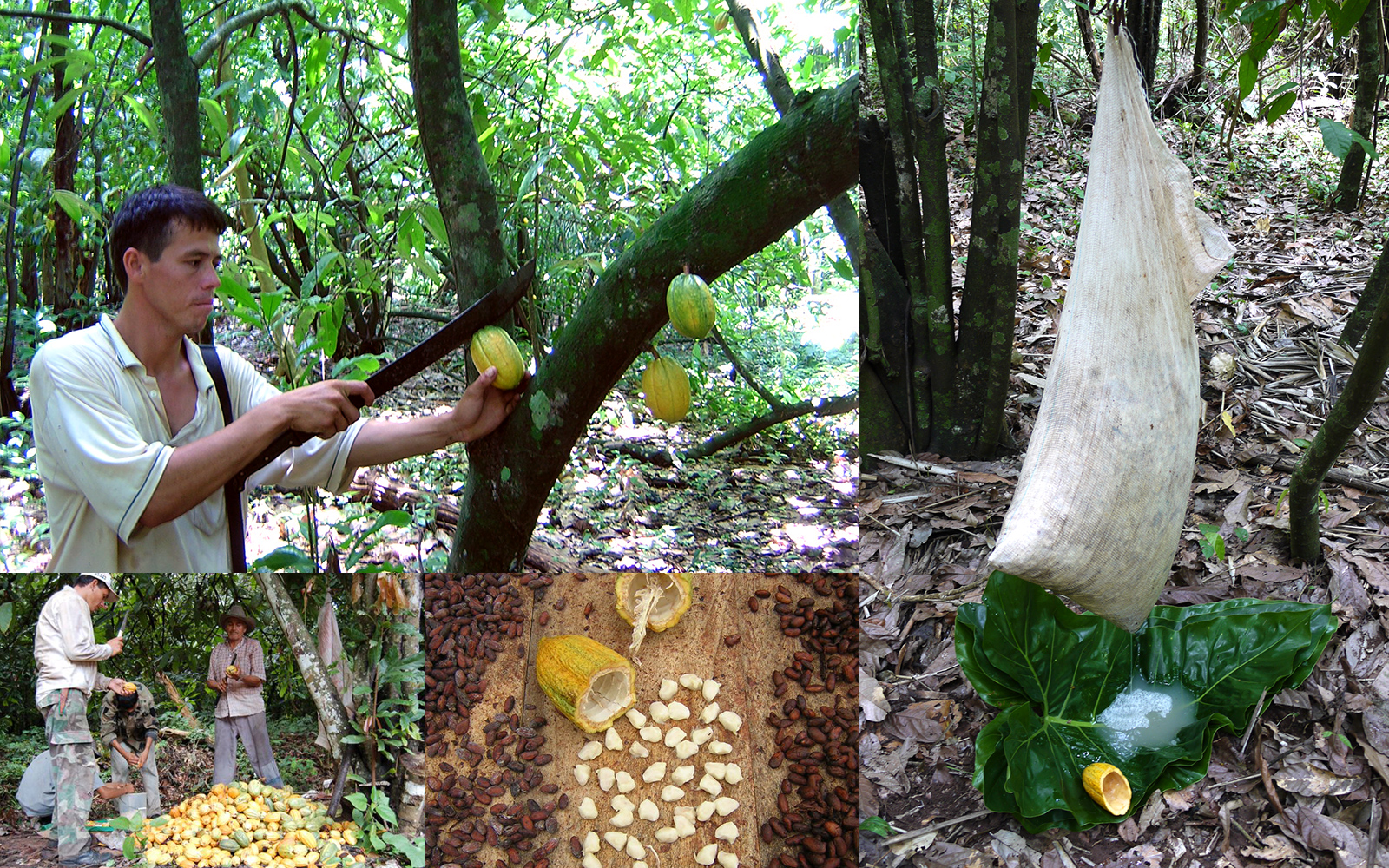 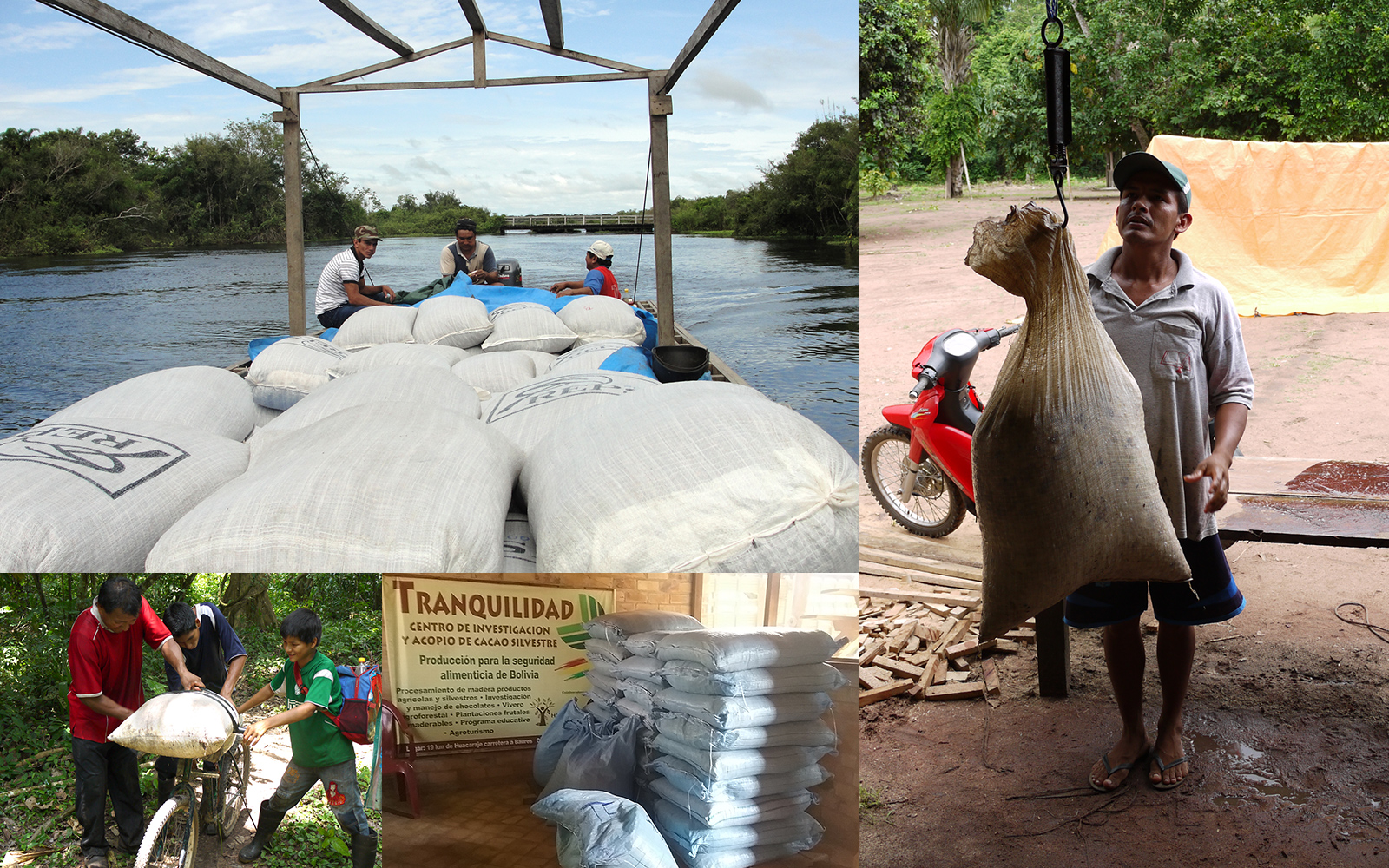 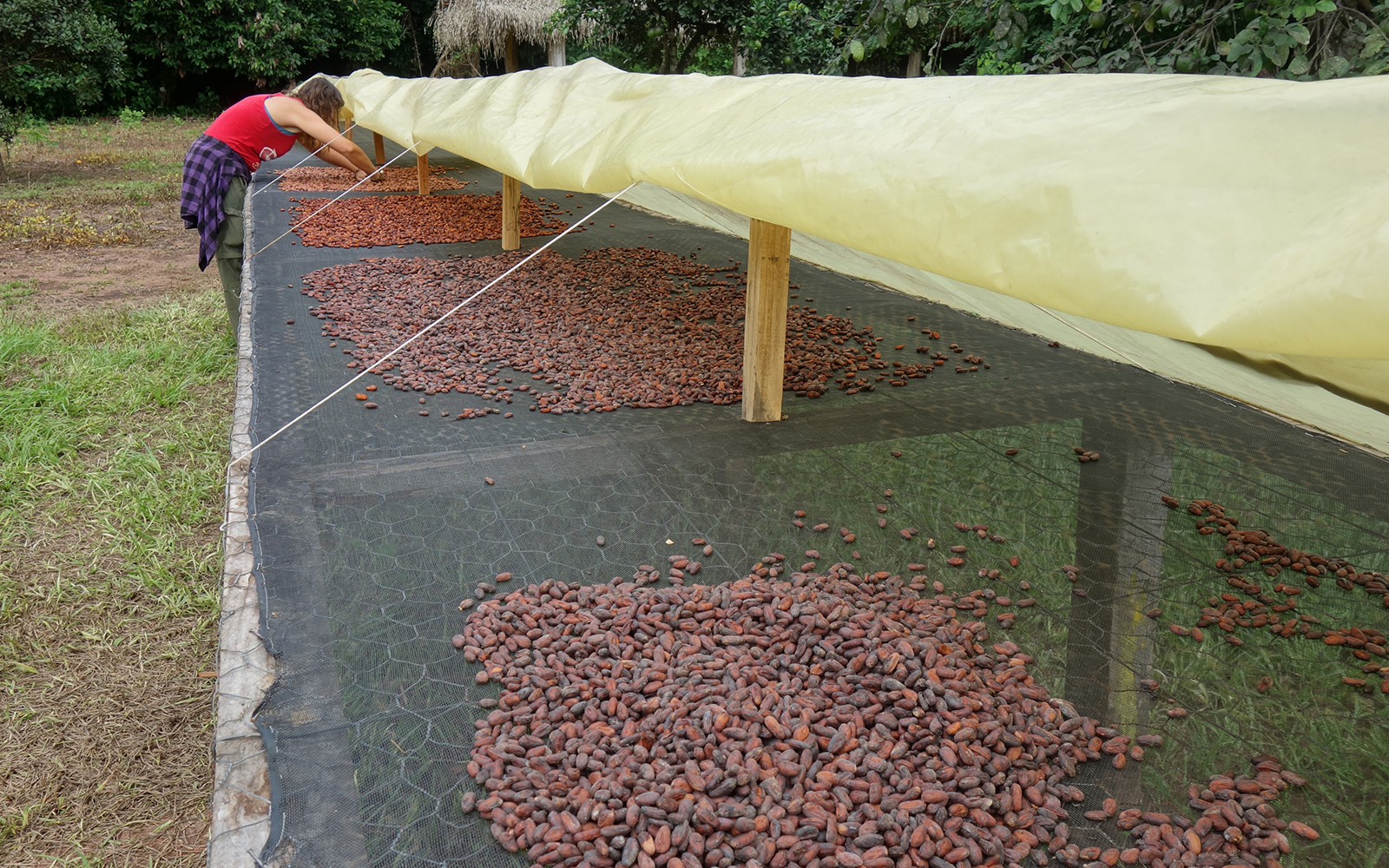 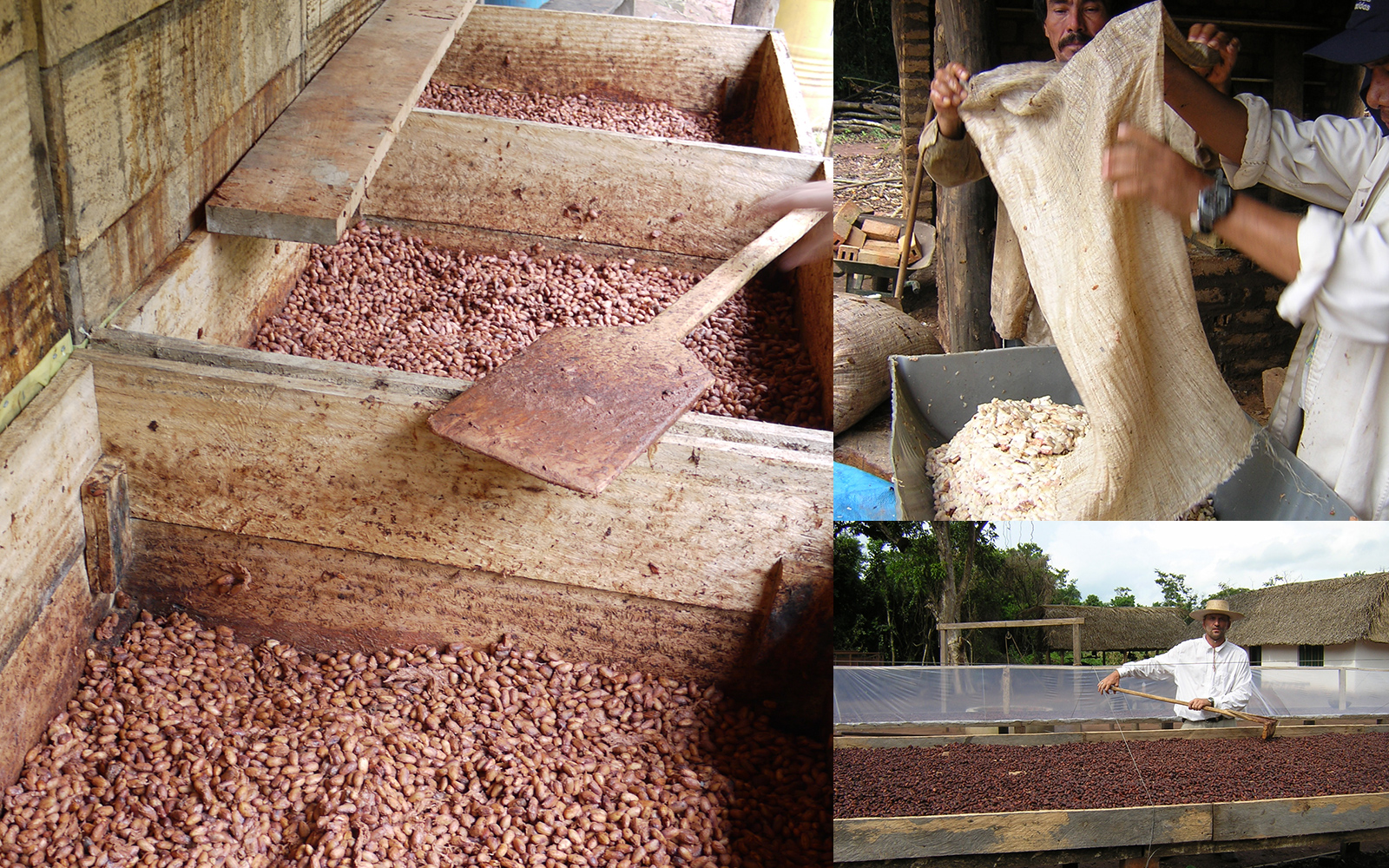 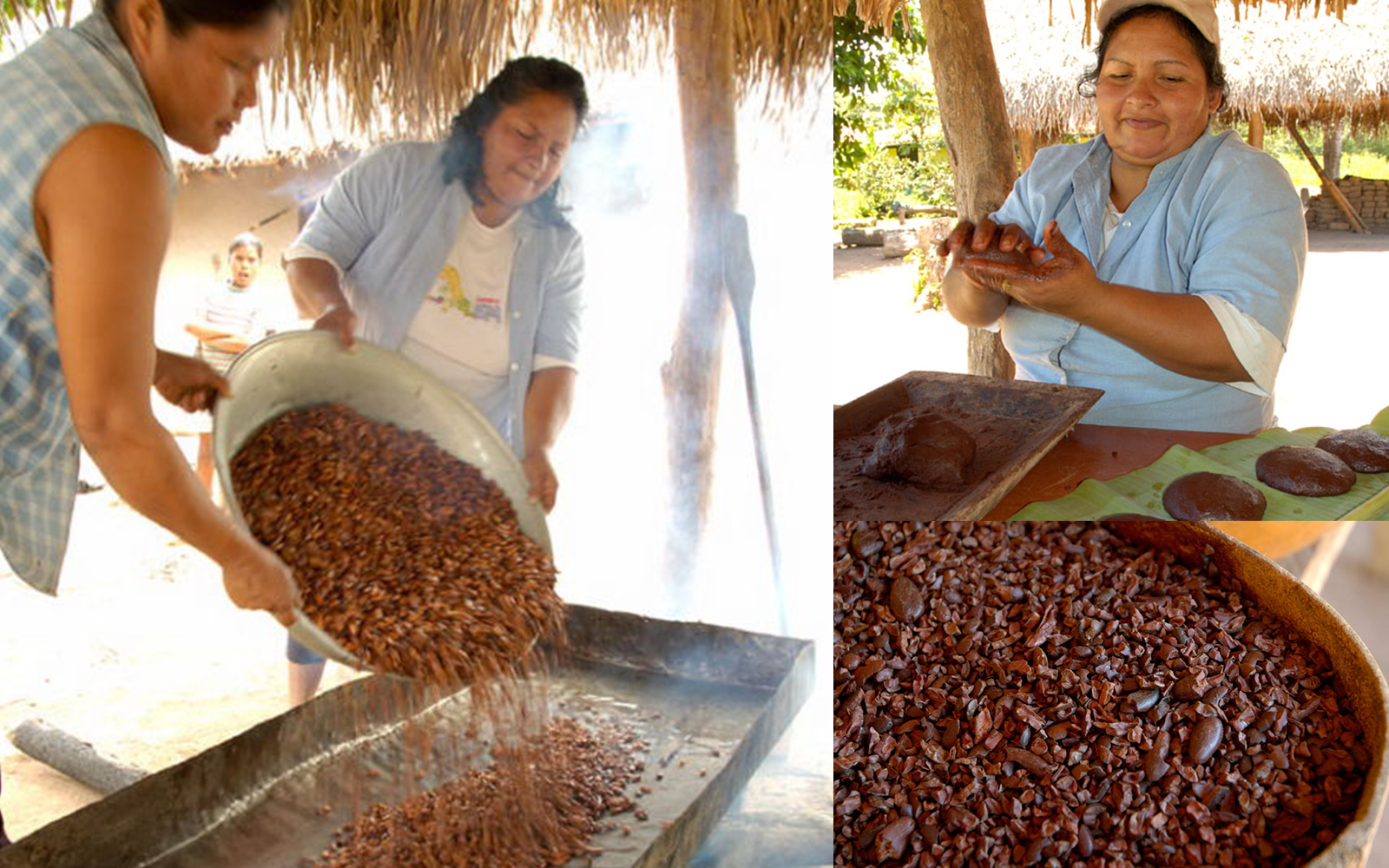 Beni Department, in the Southern Amazon Region. This lowland area is an important part of the Amazon watershed, contributing 23% of the Amazon’s overall water through 3 major tributary rivers. The area’s low population, less than 2 persons per square kilometre, supports a highly diverse and intact ecosystem composed of extensive rainforest and natural grassland, used for cattle grazing. (Native wild cacao trees thrive in this environment.) The region’s long history of pre-Columbian settlement was supplanted by the arrival of the Jesuits in the 16th century and the creation of villages.

Organic (Ecocert) and For Life (IMO)

Tranquilidad Natural Forest Estate, owned and managed by Volker Lehmann and family, is at the center of growing, collecting and processing wild cacao in the Beni Department, an area nearly the size of Germany. Since the year 2000, Volker Lehmann’s efforts have encouraged wild cacao harvest activities involving hundreds of indigenous families and dozens of organizations. In 2014 Tranquilidad was labelled an HCP, designating status as an Heirloom Cacao Preservation Site. (For more information on HCP please visit https://hcpcacao.org/abouthcp/heirloom-cacoa/.) All cacao is fermented and sundried at the Tranquilidad fermentation and drying facility.

Wild cacao harvesting begins in December, ending in February, depending on the arrival of the rainy season sometime in October. Harvest per wild tree varies from year to year, but in general, harvest sizes are considerably smaller than those from cultivated cacao varieties. The size of wild pods and cacao beans are also half the size of cultivated varieties.

Local families and small harvesting groups arrive early in the morning, when mosquitoes are less active, to begin collecting. Where outsiders would quickly be lost, local people expertly navigate the dense forest seeking out cacao trees and cacao stands they have known for generations. (Cacao, having been dispersed by monkey and bird droppings, is unevenly and haphazardly distributed throughout the rainforest. For this very reason, monkeys are considered the guardians of wild cacao in the Amazon!)

By mid-morning piles of cacao pods have been assembled, sorted, opened, and the extracted beans placed in bags. These wet bags of cacao, hung from poles, begin dripping, and this collected nectar is savoured by the harvesters and later, by locals in the village marketplace.

In the afternoon, harvesters bring the bags by foot or bike to the harvest center where Lehmann’s crew weigh the wet cacao, paying by both kilogram and quality. Prices are generally set at the start of the harvest season, recalibrated only if actual harvest quantities vary substantially from earlier estimates. Harvesters are not obligated to sell to the Tranquilidad operation and may seek other offers and/or buyers. Once sales have been completed, the beans go directly to fermentation boxes.

Harvesting families and groups will return to the rainforest numerous times throughout the season picking pods as they ripen. In the best of years, the harvest is fully underway before Christmas and New Year’s ensuring well-funded festivities!

Until 2002, cacao harvesters in the Beni Department sold their beans through intermediaries to the national chocolate market, receiving low prices for lower quality goods. Since the advent of the Tranquilidad project in 2002, there have been marked improvements in care and protection of the communally owned wild cacao stands, known as “Chocolatales”, in this Amazon region. The improved quality of Beni cacao has increased the commodity price by as much 500 percent over 15 years, stabilized the local industry, and brought greater economic security to the many local harvesting families. Happily, Beni families retain some of their cacao harvest for personal use, enjoying their daily homemade chocolate drink, much like generations before them.

Domestic and international consumption of Bolivian cacao has dramatically increased as the quality and quantities of Bolivian cacao have improved and expanded. This cacao success story is having a positive impact on the overall Bolivian economy, so far in a very sustainable way.